On Saturday 16th May, Alister Houghton from our Sydney office took on another personal challenge – completing The Northface 50km Marathon set in the stunning Blue Mountains National Park.

We are very proud of Al who took up running for both his mental and physical health following some personal lows last year. Al has also been very open regarding depression and anxiety, raising money and awareness through his running.

This year Al wanted to set himself a bigger challenge, a 50km marathon through the Blue Mountains! We chatted with him and he reflects on his latest achievement including the highs and lows of this gruelling event.

It was pretty much a perfect preparation. No big injuries but plenty of pain in my feet and muscles. Nothing stopped me from running – running is half mental anyway. I trained with a squad of 20-70 people 3 times a week depending on the weather so it was great to have the companionship in what is nominally an individual sport. As I have not been running for a long time (due to injury) there were always plenty of gains and targets to meet in comparison to those who’d been running for years.

One of the biggest challenges was the weekend training (between 25-35km) and not getting to sleep in for 6 months. But there are some beautiful trails around Sydney so I got to explore the whole city as well as enjoying the mental downtime as I don’t listen to music while running.

I had a smile on my face leading up to and for most of the race – I couldn’t wait to run. The run was much harder than I thought with tough terrain and a lot of hills and stairs. At 20kms, I felt like I had at the end of my previous road marathon. I stopped only to fill my water bottle twice and then at a first aid tent to fill up on salt because I was beginning to cramp. Despite my efforts, I still finished the race with both my legs pretty much all cramps!

The last 10km was absolutely brutal, uphill and lots of stairs. I had never experienced such fatigue. As the personal first aid guy looked after me at the finish line the support from the crowd and their cheers was so encouraging especially since I was in pain. My Dad and one of my best mates were waiting at the finish line which was great. They said I was going 100 miles an hour, I couldn’t talk properly but was on the biggest running high ever (not dissimilar to being on drugs apparently!). Afterwards, we went for a pie and a beer and then I went camping for two nights with two good mates – even had to wash off in a river as there weren’t any showers.

It was a pretty transformative process in all; my life is very different now. I don’t binge drink anymore but still enjoy a beer after work, my diet is very healthy and my eczema has gone.

When I was a kid I had an ‘outty’ bellybutton, then traded it for an ‘inny’ as I got fatter through my 20’s. Now I have an ‘outty’ again and I feel like I can grab any opportunity in life because my body is ready all the time.

Now I’m really enjoying the time off training and have replaced it with gym, sleeping and meditating; three key ingredients to a good life that I had been missing. I will one day return to training, but you have to make a lot of sacrifices so I’m happy for the moment. 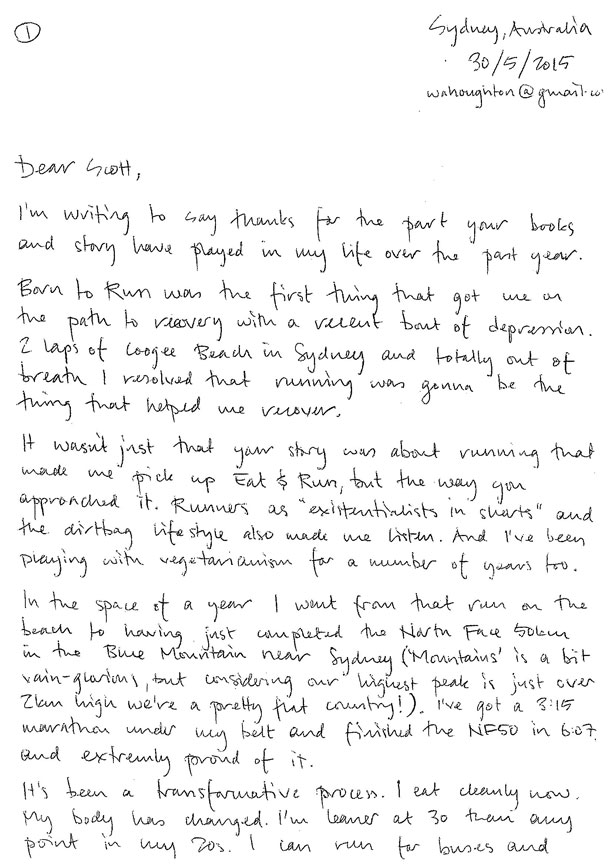 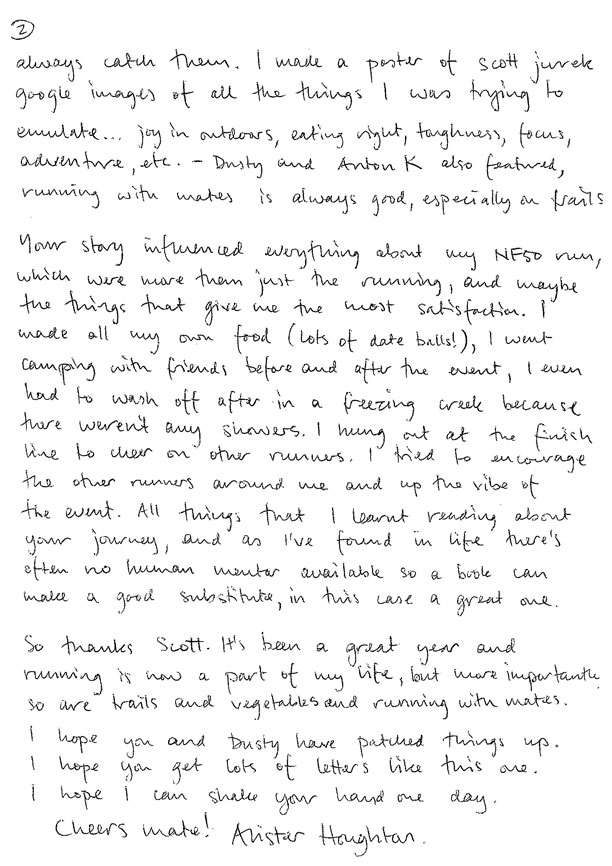 Al with his Dad at the finishing line 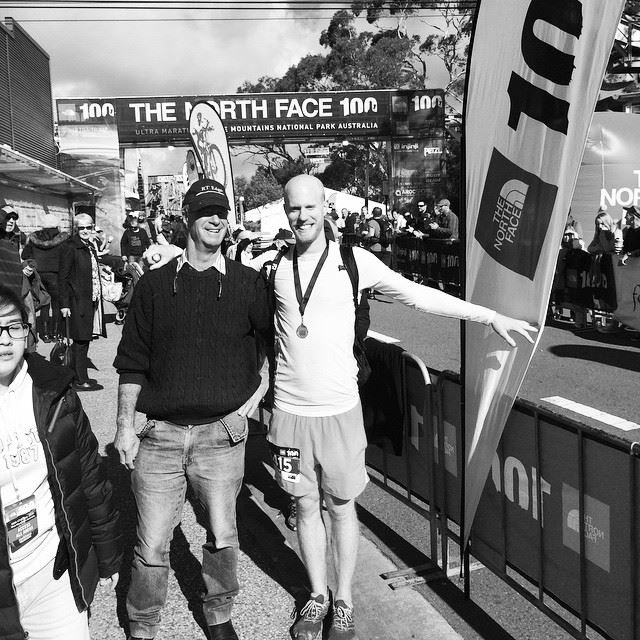