The Cranbourne Park Shopping Centre expansion and redevelopment is in its final stages of construction with the majority of works on target for the end of March 2015. This handover signals the public unveiling of what will be considered the premier shopping precinct in the region.

The stunning wave-form Corten like cladding and slat façade is already sparking much interest as it nears completion. The architectural philosophy of the ribbon facade and the heritage oak tree on site can be read about here. Internally the public have been teased with a glimpse of what to expect with the existing mall also being rejuvenated with similar feature ceilings, mall tiling and shopfront treatment that will be exemplified in the new extension. 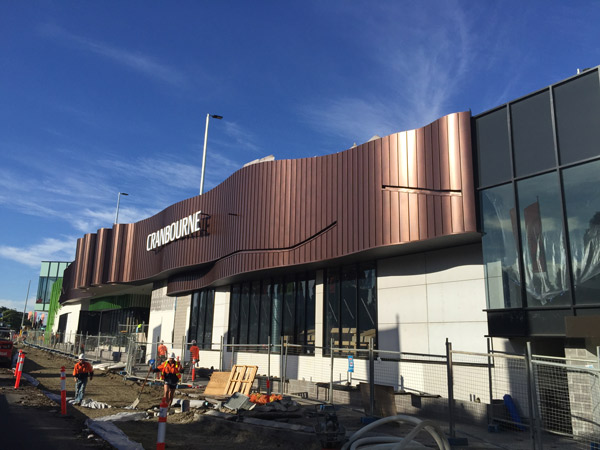 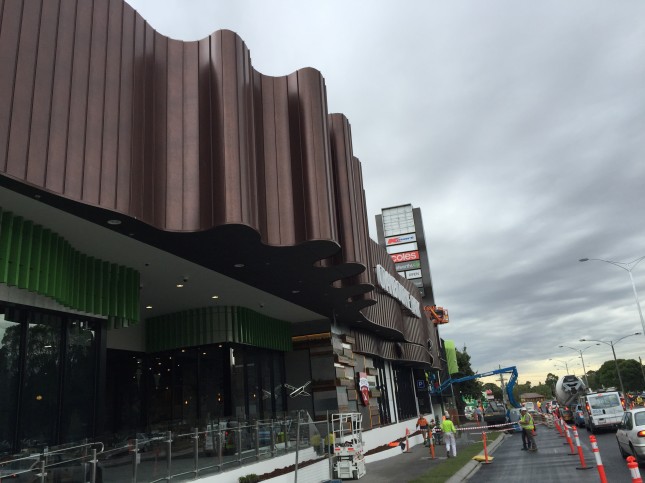 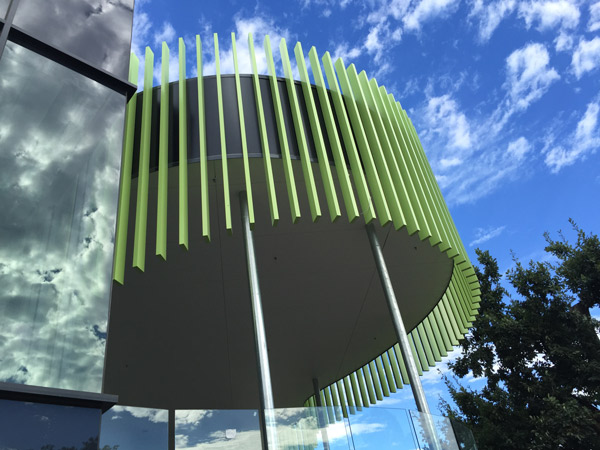 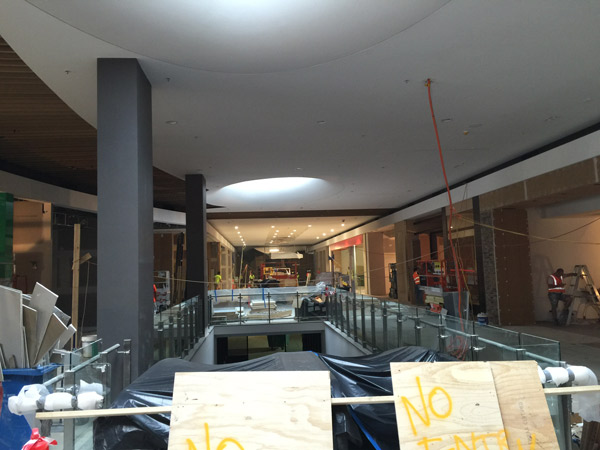 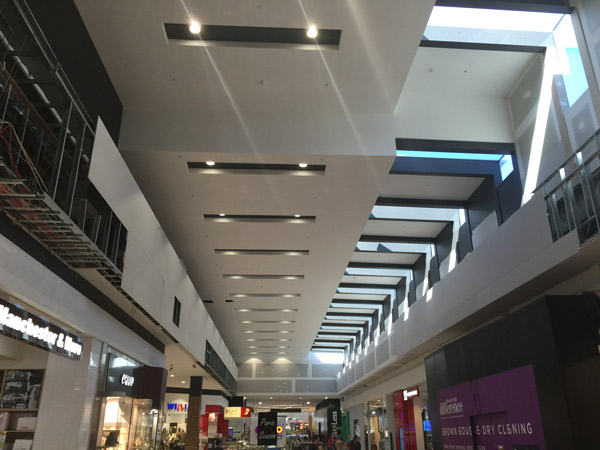 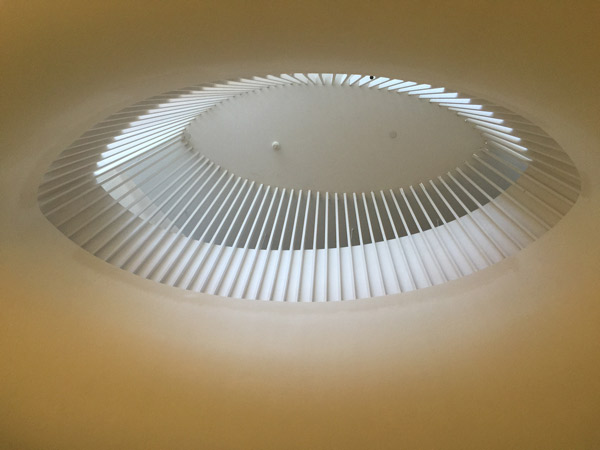