It’s been over 10 years since the i2C Melbourne Studio moved into Kew. Past and present employees still speak of its humble beginnings, of how they managed to work away while the build was continuing around them. So it’s time to do it all over again; although this time it will be finished first…we hope. Time to move on, move out and up in world.

As we progress as a Company, as a team, we need a Studio space to reflect our potential and our personality. Designing our own Studio has been an exciting, challenging and lengthy process; everyone had some input in some way or another. Can you imagine 20+ designers working on the one project? All invested and all very passionate. However, it did give us a chance to have some good group design sessions.

The move is an exciting prospect for us. We will be situated on the cusp of hipsterville in Collingwood, where creative minds flourish and this allows us to be closer to where it’s all happening (and we’re not just talking about the pubs and bars – but that definitely helps!).

Rather than taking the easy way out and building from scratch, we have gone down the path of creating something new from something old. Of course, that comes with inherent problems but we all love a challenge, right?

The demolition of pretty much everything internal (including the existing slab) opened up the vast space of the two storey warehouse allowing us to really see its potential. Exposed red brick, steel, raw concrete and massive oregon trusses has pretty much dictated the design. We really wanted to let the character of the old building speak for itself.

We have stuck to a minimal, industrial style, exposing the structure and showing its bones allowing the craftsmanship of the past to be appreciated. Bare materials such as ply, cement sheet and fibreboard will give the space some warmth and texture without fuss. The lighting is simple but decorative and the hexagon shaped carpet pattern will give a much needed burst of colour.

Previously the building was quite dark; being attached on both the North and South boundaries and only a few small windows at either end didn’t allow for much natural light. Opening up a few void spaces, adding some skylights and solar tubes and removing part of the roof has really allowed the light to penetrate both floors.

The ground floor consists of our amenities; an upgrade to our breakout space, including the all important bar; a warehouse where we can view samples, create models, research materials; an art gallery and cafe open to the public.

The first floor is our studio space almost 500sqm of it! With many areas for impromptu, informal meetings; a library and two, more formal meeting rooms.

Moving into the new studio has given not only i2C Melbourne, but the company as a whole, the opportunity to review its current IT infrastructure and strategy. A number of years ago, we made the brave move (especially back then) to centralise all IT services within the then burgeoning ‘Cloud’. This strategy will ultimately pay off and place us at the forefront as digital Architects, despite the inevitable heartache and angst associated with pioneering new frontiers.

With the move we have decided to tweak our ‘Cloud’ strategy to better leverage the power of centralisation and the growing technology landscape that wasn’t present at the beginning of this technological journey. We will be using the opportunity to upgrade to the latest fibre technology and doubling its pipeline to the outside world. Our ‘Cloud’ infrastructure will be given a complete overhaul across all offices which should result in considerable increases in productivity and technological usage. Couple this with a state of the art collaboration and meeting rooms with full touch screen capability and it will be greatly evident that i2C has taken a massive leap forward.

Technologically speaking, moving from Kew to Collingwood will be akin to switching from black and white TV straight into the world of Ultra Hi Def Touchscreens (which we will have by the way!).

When you make it into the top 50 best places to work, you really need a space to back it up and we believe this is something we can all be very proud of.

See you in Collingwood! 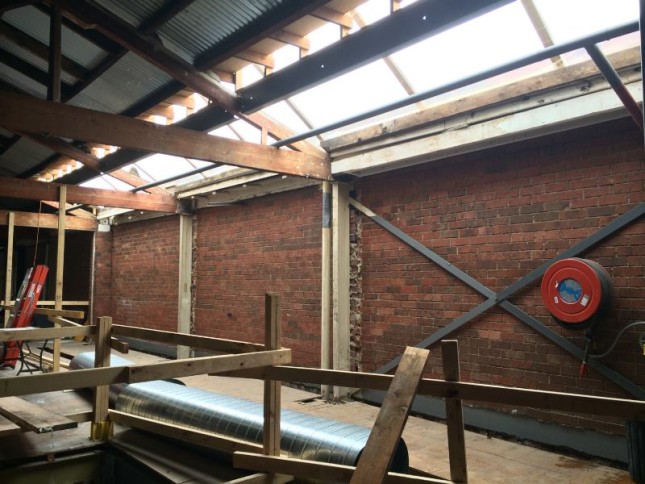 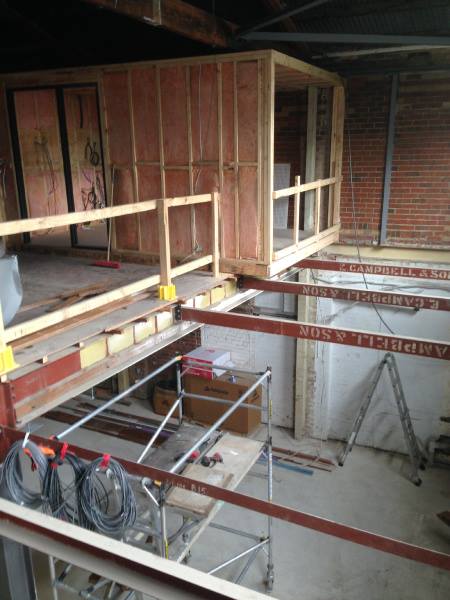