While International Women’s Day has gained awareness in recent years and is widely supported in Australia by many men, our own personal experiences and upbringing effect what this day means to each of us. We took this opportunity to ask some of the inspiring women at i2C to share their thoughts and journeys with us.

I thought I would take this opportunity to pay homage to someone in the industry.

When I think of great woman architects, one of first people I think of that has made an impact in Australia but not commonly recognised in her time is Marion Mahony Griffin. Better known as the wife to Walter Burley Griffin, often overshadowed by her husband but very much an Architect in her own right.

She was the second woman to graduate from MIT with an architecture degree and was hired by Frank Lloyd Wright as his first employee. Mahony Griffin’s Japanese-influenced illustrations became what many people to this day envision when they hear the name “Frank Lloyd Wright.” Many of the Prairie style illustration you see you of Wright’s buildings are in fact Marion’s hand-drawn sketches. Marion met Walter whilst working for Wright and together they started their own practice, entered competitions – and won. Some notable works in Australia include our capital city; Canberra, Capitol Theatre, Newman college, Castlecrag residential homes, NSW towns of Leeton and Griffith.

Marion spent her life making Walter look good, choosing a subservient role. But for that era, she had done what few of her other female colleagues had. Today, the Australian Institute of Architects honours her work with an annual award, the Marion Mahony Griffin Prize, for a distinctive body of work by a female architect for architectural education, journalism, research, theory, a professional practice or built architectural work. 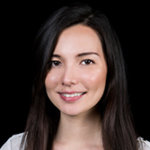 International Women’s Day for me is more a time of reflection and connection rather than celebration. This day annually marks an opportunity to share inspirational stories of social action, achievement in balance across our families, communities, organisations and societies whilst taking a moment to reflect that around the world women’s unpaid work is disregarded and undervalued; women continue to feel the brunt of poverty; they are locked out of decision-making processes and experience unacceptably high levels of violence.

This day is an opportunity to ask ourselves what we can do to re address existing imbalances that negatively impact so many across the world. I see a huge overlap between women’s rights and climate action. Our patriarchal economic system has disregarded both women’s work and our environment as free gifts for too long.  I’d like to close by thanking Marilyn Waring for her awesome work in ‘Still counting’ and close with a quote:

“I am aghast at the OECD world where no reproduction takes place. Human and social capital just arrives fully fledged, workforce ready at 15, thanks to market and public investment ” Marilyn Waring 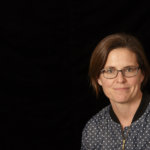 As opposed to traditional Chinese way of living where boys are always prioritised, I am fortunate to grow up in a family where all opportunities are provided equally regardless of our gender. We are provided with quality education; our achievement is being acknowledged and awarded and we are encouraged to pursue our dream.

The equality continued into my first workplace in a small practice where I accrued most of my registration log book experience. However, it becomes patchy in a bigger organisation and in a corporate environment as I move on in my career. The gender ratio appears to be lopsided especially in the higher-level positions. A lot of woman choose to step back from their career so they can focus on their young family. In most cases this break sacrifices their career especially in this fast pace, high demanding and male dominated industry.

Ladies, I believe we can do better than that. I’ve witnessed a single dad in this industry juggle both his career and his family. My auntie who is a very successful business woman, is a living example for my generation. While fighting through gender obstacles in the business world, she managed to spend quality time with her family and has a healthy exercise routine. It is her ‘never give up’ and ‘can do’ spirit that motivates me.

I hope that employers can provide more general awareness training and offer support to foster equality in the workplace. 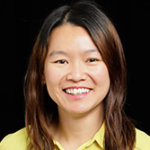 There are opportunities within this unprecedented gender equality movement, that architectural culture is embracing. What might architecture be capable of when it is liberated from the disciplinary models that normalise it?

Philosopher Isabelle Stengers, offers a powerful argument in an essay about geneticist Barbara McClintock, exploring the fact that McClintock was a woman, a Nobel-prize-winning scientist, and considered “an incomprehensible nut case by most of her colleagues”.  McClintock’s persona was integral to her discoveries but is her gender relevant? Offering attention to the marginalised, or to that which has been rendered invisible to history, offers us access to ways of doing things differently.

As the faces of women start to fill the walls of leadership portraiture, can these open alternative solutions? Given that it has never seemed more urgent that we find other ways of doing things, this attention seems critical. I am grateful to the architectural profession, the quality of the education I received through it, the people I have met, and how I have come to appreciate the world through its different lens.

I am excited about the future and I think discussion is not about making us more comfortable with issues around gender, but about becoming a better society overall, about encouraging potential, finding alternative practices and different solutions.

As a 27 year old professional I feel fortunate to say that I do not have that much experience with inequality in the workplace. However, despite never feeling as though my gender has disadvantaged me, I have found that as a woman I am more likely to be tasked with PA or admin duties than my male counterparts but whether this is due to gender stereotyping, our keen attention to detail or that we are more agreeable I couldn’t say.

I consider myself fortunate to have come from a family background with strong female role models starting with two grandmothers, one a pharmacist and the other one of the first female architects in Queensland during the 1950s as well as my parents equally sharing their roles, establishing successful careers and businesses and taking time off to be “househusband” / “housewife” so they both got a chance to raise the children.

Although I myself don’t feel my gender has hampered my progress I strongly believe in equal pay for equal work and see a balance of gender in positions of power as necessary if we are to make our communities and workplaces fully representative of all involved.

As a community we need to recognise the importance of continued population growth and therefore need to find ways to encourage women and men to be able to have children without having to sacrifice career or opportunity. 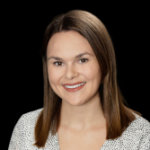 I love International Women’s Day (IWD)! It’s the one day in the calendar that women all over the world come together in recognition of strides made, to celebrate acts of courage, applaud diversity, salute those who have paved the way before us and reflect on how far we have come. Against the backdrop of the MeToo movement and women positive hashtags, come a long way we have.

It is also a time to ponder on how to chart the way forward.

If every year represented a step taken closer towards equitable futures for women of all walks of life, then this year, that step for me would be accountability.

How can we, as individuals – both men and women, as organisations and as construction industry professionals make equity happen? A step at a time is how.

If I could throw a challenge this IWD it would be how can we hold ourselves accountable within our spheres of influence to effect change.

Mother Teresa – Nobel laureate, Humanitarian, Saint and Super Human put it this way ‘I alone cannot change the world, but I can cast a stone across the waters to create many ripples’ 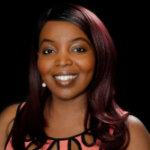 Let’s start with being honest. It’s 2019, inequality still exists, and it sucks!

Amongst other things, being born and raised in South Africa has shown me firsthand the ways sexism, racism, violence, poverty, the acts of our ancestors and so much more can divide and suppress. Many days feel like the road to equality is a downright battlefield. It’s a multifaceted journey that can often feel like two steps forward and one step backward.

The thing is – no matter how small the step, it’s still forward.

Focusing on gender inequality and female empowerment in the construction industry alone, it’s easy to see it’s evolving. Already in my three years at i2C, the number of women in the office has about tripled. Almost all my projects are now female clients, many of which starting out with males who’ve been replaced by females. Many of these projects also have female leads on site, both in the boardroom and on the tools. And this is awesome!

Although every day more inequality in the world surfaces and it’s easy to focus on this, it means that more conversations are being had and more wrongs are being corrected. Most importantly, it means that it becomes a problem of the world that we can go into battle against as a united front instead.

All our steps forward are creating a stampede – Way to go, world! 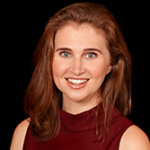 I was fortunate being exposed to the construction industry from an early age when my dad took me to sites confidently explaining that everyone has a role to play regardless of gender. I grew up in Germany where gender equality is encouraged and was lucky enough working on site (laying bricks, pouring concrete etc). As construction sites are full of testosterone, it takes courage to see past this having to prove yourself that you are not just a walking egg. Hands on experience has helped me to speak up. As a drafts person I worked for a couple of inspiring female architects before I chose to work for a female owned architectural practice as a free-lancer during my architecture studies in Germany.

During my studies overseas and in Australia I have never been discouraged, however once commencing a full-time position, it was obvious that female architects are a minority in meetings, representing companies and decision-making processes.

When you are on top of your career, you consider having kids but worry if you will be able to pick up from where you left it. It helps to have understanding teams and directors who are parents and know what compromises you need to make. Flexibility in the workplace is a must in that case.

During my career I have seen the best architecture projects being designed and delivered by a diverse gender mix working together. Employers need to encourage this diversity but also provide equality in pay and opportunity. However, it still feels women will need to work twice as hard as men to get there.

Be brave, have courage to inspire and lead! Don’t give up if you are being blocked, move on to a workplace where they value you as a female. 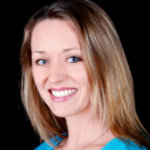