Eight years ago the mandate from our client MAB Corporation was to join MAB’s design team on the 104 hectare mixed use development University Hill. Core to our role was assisting in designing the built form within the street based Town Centre ensuring it connected the existing and new community, enhancing the experience of the people. 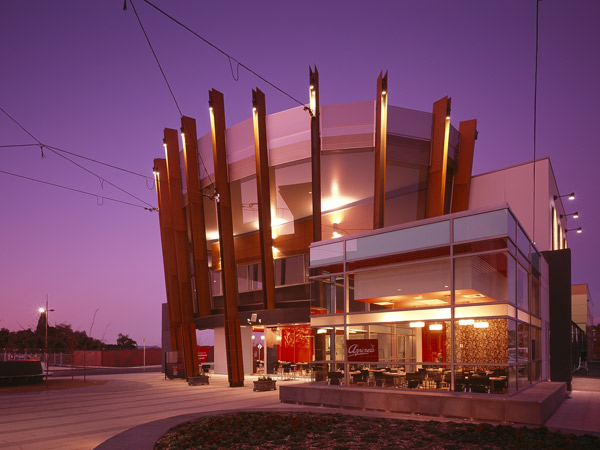 After studying retail and High Street developments across the USA and throughout Australia, and understanding the finer grain of the street based retail precincts, we fine-tuned our retail philosophies, design rationale and most of all, the community drivers to design a retail development that complemented MAB’s vision for the project.

After walking around the precinct a couple of weeks ago, and admiring our latest addition to the Factory Outlet Centre in one of the quadrants of the Town Centre, I concluded that the real heart and soul of the development is the sum of the people who call the precinct their own, multiplied by the ability for a new development to embed its self into the context and urban framework of the suburb over time. Throw in a plethora of now established trees to give the street and open space zones a feeling of longevity… that’s always going to be a strong endorsement of an urban space that has entrenched itself into the site.

The early years at University Hill had been challenging and with limited mid and high density living in the walkable perimeter, along with a tenancy mix that needed to mature, it meant that there was a number of retail evolutions with some strong thinking around the repositioning of tenants to suit the precinct mix and what the community needed to embrace the centre and take ownership.

The recent expansion of Uni Hill Factory Outlets was initiated by MAB following a detailed review of the most successful outlet centres around Australia. They found that Outlet centres require particular circumstances to be successful, including good accessibility, an extensive trade area and an appropriate scale and tenant mix.

The top nine centres in Australia average 22,970 sq.m. each, and it was therefore clear that the most successful centres require this critical mass to give customers a range and choice of brands. Uni Hill had good accessibility from the Metropolitan Ring Road and Plenty Road, the trade area was extensive and the leasing team was working on the tenant mix. It was therefore critical to deliver the scale required to complement the other key requirements and achieve the long term sustainability of the asset.

Catching up with Raphael Poggi (MAB Development Manager) he noted the three biggest changes for University Hill over the last eight years:

1. The introduction of residential apartments and medium density housing as part of the housing mix was pioneering as neither market existed and its acceptance untested.

2. Creating a dedicated office environment in Melbourne’s north was ground-breaking and another untested market. Traditionally, Melbourne’s south-east suburbs have been the preferred location for suburban offices.

3. The creation of an outlet centre in Melbourne’s north to rival Essendon DFO in scale and offer.

My recent visit was one of observation and the Town Centre was buzzing.
Shoppers moving between quadrants and crossing streets between parked cars and moving vehicles shows that the width of the High Street is working and retail connection across the street zone is strong. MAB sites traffic numbers (people) have doubled from 2009 to 2014 and sales have increased by 150% for the same period. 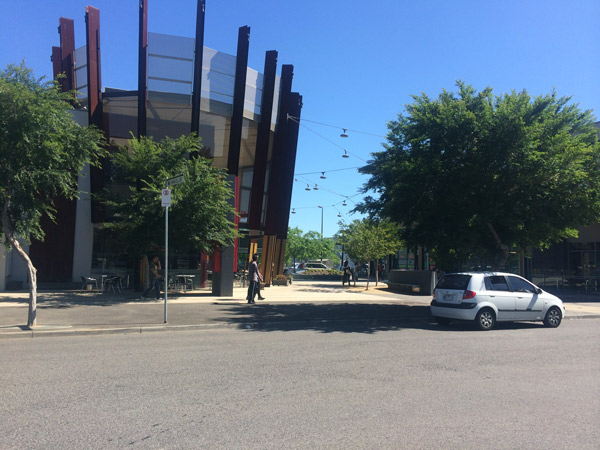 The café diners were on show and wanting to be in the High Street. There is no doubt the idea of being seen sitting on the footpath seating zones and seeing others is a psychological/sociological priority for many in all street based retail developments and Uni Hill is no exception, all external seating zones had plenty of people, movement and theatre and based on feedback, all are doing well commercially. 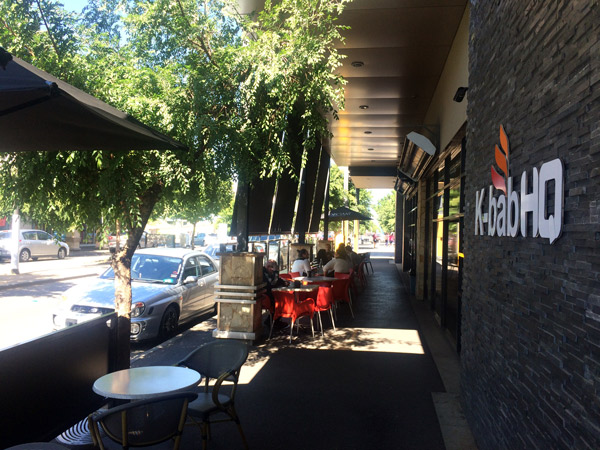 No doubt the peripheral commercial and medium/high density residential zones that surround the Town Centre clearly add mountains of additional people into the retail precinct, but it works both ways and the balance at University Hill is now very solid and now attracts multiple commercial opportunities and the extension of the university fraternity that surrounds the suburb.

“The Town Centre has added tremendous value demonstrated by our ability to successfully offer medium density housing into a market segment that previously had no exposure to this product.”
Raphael Poggi (MAB)

Raphael also noted that as well as its prominent and highly accessible location in Melbourne’s north, people are seeing the benefits of doing business in University Hill alongside more than 120 high profile local, national and international companies such as Australia Post, Vic Roads, Nike and Coles.

This has resulted in a good mix of medical, finance, construction, engineers and business consultants choosing to call the precinct home. In addition to this, RMIT and a national health operator have committed to 3,000m2 and these tenants will bring with them over 200 full time employees to the precinct in early 2015.

The good news keeps on rolling, with MAB commencing construction of Ormond Square which is already 45% committed.

“The vast majority of these (tenants) being medical businesses looking for new purpose built office facilities. This leads us to believe that University Hill will soon become the premier health and wellness destination of the North in years to come.”
Raphael Poggi (MAB) 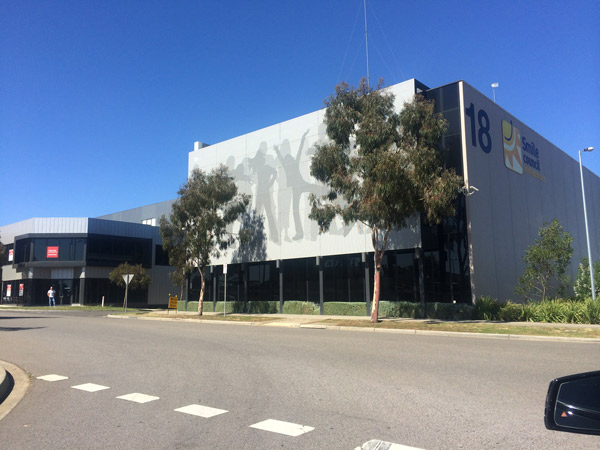 Aside from the community and commercial review, we see very little sign of deterioration around the development structure itself, the multiple shopfront /façade designs are all standing up to the environmental conditions and the retail design outcomes have evolved very well for a centre that has ticked over to eight years of age.

It appears the time and thinking that was injected into the centre has paid off both commercially and from a vitality and community perspective.

So after pumping up everyone’s tyres who worked on this project, it would be remiss of me not to examine the areas that we need to take some learnings from (in true i2C fashion). We want to understand what we can improve in every development to achieve the very best results for the community and for our clients commercially, while maintaining great architectural, urban design and planning outcomes.

In my opinion a two sided Town Centre is always going to have some challenges, from being able to program zones within the space, creating intimacy for the community to meet and greet, and to hold the public in the town square for extended periods of time. There is no doubt that people are comfortable walking through the town square space at University Hill, but very rarely do you see people sit and communicate in the space based on its openness and baroness.

In a perfect world, a third active façade and a borrowed active façade on the opposite side of the High Street would be a better outcome…..along with some mixed volumes of space, part covered and part pergola type structures would help create the intimacy that is missing and the want for people to utilise the town square zone for longer periods.

Understandably a commercially driven factor, but completion of the 4th quadrant within the Town Centre would also help enclose the street and give further wind protection and movement between the retail zones on both sides of the High Street.

These always looks reasonable and don’t show the dirt and grime, but during the heat of the summer, there is a tendency for the creation of seat “pug marks” in the footpath, which is less attractive against the high end retail shopfront facades.

MAB and the entire design team should be extremely proud with what they have delivered to the local community, additionally the recent expansion of Uni Hill Factory Outlets’ grand opening is 17 December 2014 and we look forward to featuring the project as it continues to prosper.

View Brian’s profile or email him to discuss your next urban or retail project.