A recent trip to Singapore provided a great opportunity to spend some time there exploring the city and its unique Biophilic Urbanism.

Singapore stands out as one of the Biophilic cities which effectively brings nature into the ordinary life of city dwellers. Greening the city of Singapore is not something that has happened overnight.  On the contrary it has taken huge vision and government leadership on the part of the then Prime Minister Lee Kuan Yewalong with world-class building design and urban planning.

Whilst I was there I was intrigued to better understand how Singapore has been able to achieve this accolade as a Biophilic city and I was interested to experience the city first hand and share with you some of my findings from my trip and background reading.

The Garden City Vision In 1963, as part of the ‘Clean and Green’ campaign, then Prime Minister Lee Kuan Yew initiated a tree-planting initiative with the aim of improving air quality and marketing a ‘garden city’ vision. His strong vision of a garden city has driven many campaigns and slogans that have been used to educate the public about the importance of keeping their city and the environment clean and green. To demonstrate the significance of this need to be a garden city model in Asia, Lee Kuan Yew made National Parks (NParks) a part of the Ministry of National Development at the heart of the new city-states political agenda. NParks has since been a major source of innovation for the biophilic city in Singapore.

The Park Connector Network (PCN) The City is unique in the way that the city has a Park Connector Network which connects natural areas within the city. These connectors bring together isolated areas of ecology and biodiversity so that they create green corridors connecting Parks to Parks but also create pathways between Residential areas and Parks. There are lots loops and connections with over 150 km of connectors in total. PCNs use an integrated approach of ‘greenery, conservation, education and recreation’, the plan is to make it possible to walk or bicycle around Singapore by travelling through the parks.

Skyrise Greenery Incentive Scheme To increase greenery provision in Singapore, the National Parks Board has introduced the Skyrise Greenery Incentive Scheme (SGIS) where they will fund up to 50% of installation costs of rooftop greenery and vertical greenery. Since its introduction in 2009, SGIS has assisted in greening more than 110 existing buildings in Singapore by retrofitting them with extensive green roofs, edible gardens, recreational rooftop gardens, and lush verdant green walls. Singapore first started this incentive scheme for green roofs in order to reduce the heat island effect in Singapore and this has now been extended to green walls.

Local Biodiversity regeneration Whilst it could be argued that the biodiversity of Singapore will never return to that of a pre city rainforest there is certainly evidence of biodiversity everywhere you look. It is hard to take a walk in Singapore without noticing birds, dragonflies and butterflies.

Singapore are very proud of their Singapore Biodiversity index which is a self-assessment tool that allows cities to benchmark their preservation of local flora and fauna based on 23 indicators that measure native biodiversity and governance and management of the local ecological system.

World Class Biophilic Buildings Singapore is spoilt for choice when it comes to world class Biophillic buildings of interest to visit and learn more about from the flagship Gardens By the Bay or the healing garden views offered by the Khoo Teck Puat (KTP) Hospital or the stunning 158 Cecil Street Commercial Property. The way that nature has been incorporated into Buildings and public spaces is outstanding offering not only the obvious technical benefits of reducing solar gains and helping to cool a building. It cools the building by reducing the direct solar gain, and at the same time cooling the air that passes through towards the inner skin. 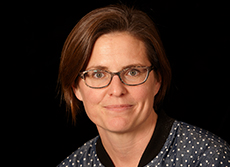