There are many great stories of humble beginnings, and the i2C history is dotted with tale of hard work and perseverance. This year we congratulate and acknowledge one of the longest serving team members Rick Gartner for his 15 years of contribution to i2C. 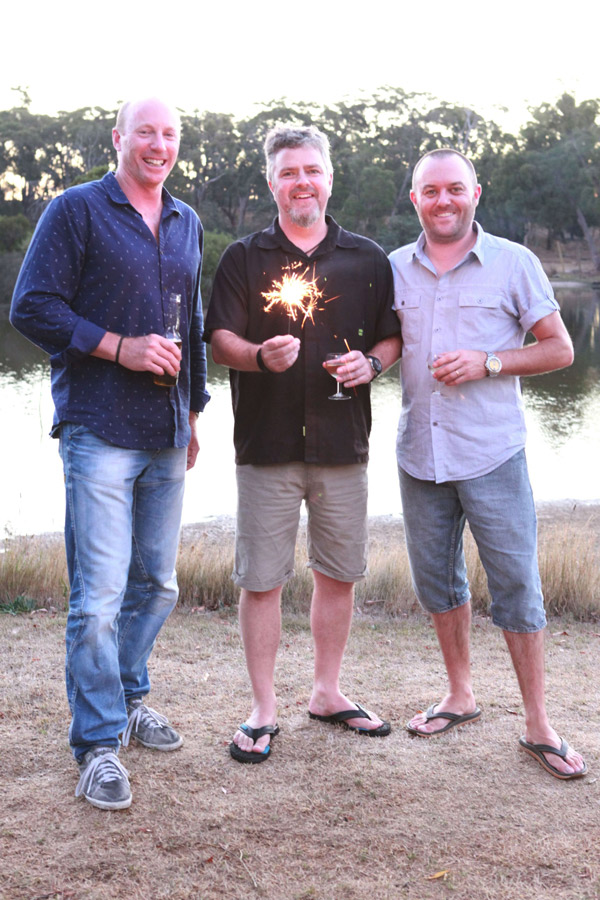 Many know that Managing Directors Brian Jende and Anthony Merlin worked together at another design company in the 1990’s prior to forming i2C, yet it may not be common knowledge that they had forged a friendship with Rick Gartner at the same company and he was to become their first true team member.

When Brian and Anthony left their stable jobs and founded their own design business, as with most start-ups they were strapped for cash and looking for office furniture. Calling in many favours Brian had approached Rick to buy the spare drawing board he knew Rick owned. When Rick dropped it off to the embryotic i2C office one night, BJ couldn’t pay him any money but opened the fridge and handed him a beer. Over a few frothies he offered Rick a job on the understanding he could only guarantee him the next six months of work!

What a challenge, should Rick make the jump from regular employment to risking it all on someone else’s dream? Yes indeed….Strongly committed and up for a challenge Rick took the plunge and joined i2C.

In the early days they worked in a room at the front of an engineer’s office in North Balwyn (Victoria) with a borrowed internet service from the printing bureau next door. The room was tiny and fitted out with workstations made from doors that BJ had crafted together one weekend. 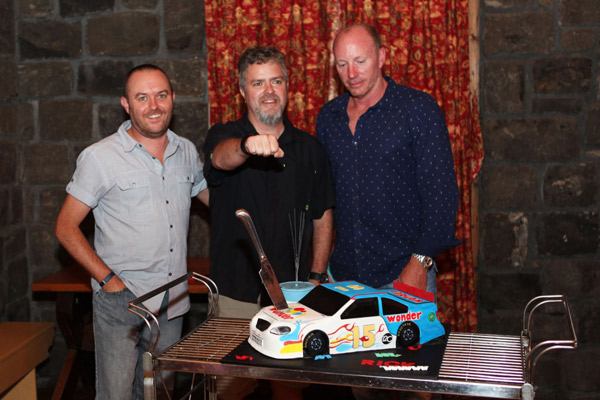 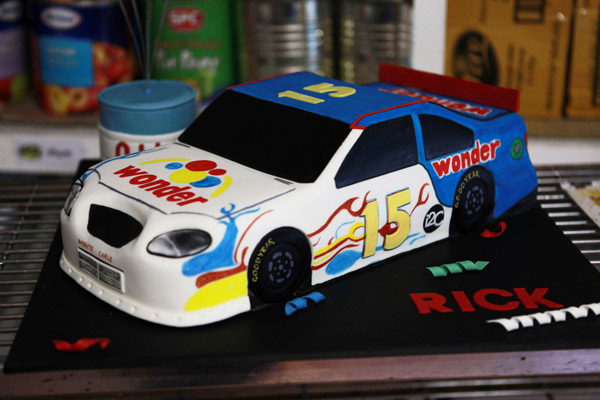 Presenting Rick with his very own “Ricky-Bobby” Cake

Rick recalls at one stage five of them shared the small space and Brian’s work station was a cardboard box upon which balanced a $4,500 laptop. With only a couple of phone points they shared phones with 3 meter long cords that inevitably would end up wrapped around the throat of some unsuspecting team member as drawing reviews were being discussed.

Working in the Melbourne office while they built a second story was one of the greatest challenges that Rick cites but watching the Company evolve and his role develop has been an endless source of satisfaction. He has been present at the original i2C launch in Sydney and participated in many great team building and social events. Rick has been part of the first project Target Country in Ararat and taken projects such as Moonee Beach and Pakenham to the next company level through to the inspiring iconic projects like University Hill and Cranbourne Park of today.

As Operations Manager and Associate Director, Rick is now responsible for the implementation of systems and processes in conjunction with the team across the Company that ensure excellence in team, service and design.

Last month at our annual team building weekend Brian and Anthony recognised Rick for his contribution, presenting him with a replica “Ricky Bobby aka Talledega Nights” cake, and a few choked speeches may have been made.

Congratulations Rick – you have been a driving force in shaping i2C, it’s been an honour and pleasure to have you on board. 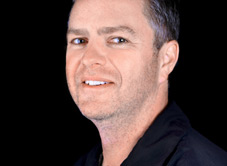