After many years of growth and evolution at i2C the expansion and connectivity of the team in our Kew studio had run its course. It was time for something new. Having completed our new Sydney digs some 2 years ago, the bar had been set for the new Melbourne studio facility. 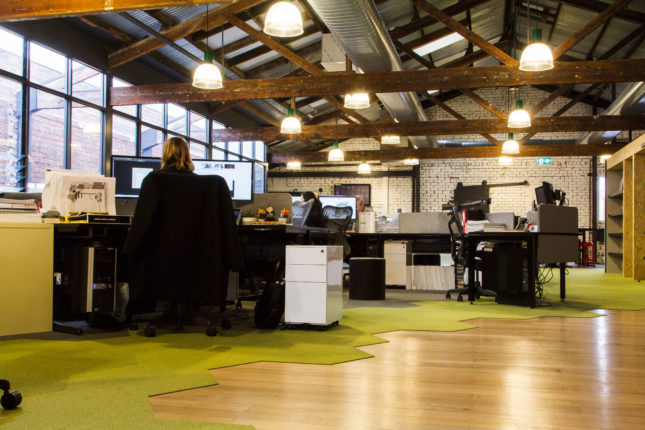 The goal was in keeping with our company vision – to design an innovative place for our team to be inspired to achieve great architectural results for our clients and community. The expedition for the new premises had been a number of years in the planning, the search area had been targeted in areas closer to the city, but not central. The gem we discovered was to be our new home on Cromwell Street, Collingwood. Some say Collingwood is the architectural hub of Melbourne, but the real attraction for i2C is the number of coffee shops, eateries and great pubs in the area.

The Cromwell Street gem, a fashion head office and warehouse was an uninspiring 80’s fitout wanting some much needed architectural love. With raw original industrial character and a bucket load of creative potential, we knew that this building could and would become something special for i2C. With the building façade closely resembling the Sydney studio façade the connection, architecturally, was inevitable.

So the design journey began

After many hours of design discussion and debate and constant change in brief from the client, decision was made to hold a design workshop with the entire Melbourne team, to evolve and decided on the concept. This created a number of key drivers and requirements for the space and our eventual home. The common key points that echoed from our team were to embrace the existing architecture, utilise natural light and connect with and reflect our team values.

After having our Kew studio divided into key department pockets (Design, Interior, Documentation and Admin) and over two levels, we wanted to “get the band back together.” The Collingwood site gave us the opportunity to have the team on a single floor plate, on the first floor. The site also allowed room for potential growth, which we needed sooner than planned.

Our structural design intent was to focus on and pay homage to the existing architectural elements of the structure. The beautiful exposed oak timber roof trusses, exposed corrugated iron roof sheeting all remain to complement the expressed steel painted charcoal and the white washed exposed brick walls. To enhance these industrial elements of the building we created interiors with modern natural colours, timber, stone and concrete. In the carpet design we added a flare of fresh green among the charcoal to provide a pop of colour along with the orange container and random furniture pieces.

Modern, fun, industrial and functional was the visual design philosophy. The studio space includes multiple meeting rooms and zones making it a collaborative yet productive environment. Upon entering the building you are greeted to an open plan art gallery space. With the art gallery intended to be an extension of our overall design space, it was important to find like-minded tenants that would embrace our culture and vision. This allows the space to be used as a communal meeting / function space for all. A refined industrial staircase that leads you to our intimate and funky reception area and meeting rooms.

Similar to the Sydney studio, vertical rustic timber slats that were recycled from an existing rear staircase frame the reception area and exposed bulb pendant lighting arranged in clusters provide intimate mood changes throughout the space. Pod areas and tables scatter throughout the office for internal project and team discussions, kitchenette for the mid-morning or late night coffees, library loft for chilling out and gaining inspiration and a large breakout room complete with the i2C standards : table tennis table, space invaders and a bar with local beers on tap to enjoy after a long week.

Our main board room features a custom built board room table that was fittingly named by its creator (Custom Industrial) as “Gargantuan,” purely for its size of 4m x 1.8m. And just for fun we dropped in an orange shipping container to serve as the second meeting room.

A two storey void atrium was introduced to the south wall of the building open to the elements. It was also created to reflect and represent the Melbourne laneway vibe; complete with bluestone paving and graffiti artwork. Whilst providing the open plan office with an abundance of natural light, the void provides a connection to the external elements; something very rare in a Collingwood warehouse structure. Another feature we used to increase natural light were solar-tube lighting which is installed into the meeting rooms, print area and amenities.

While the evolution of the space will grow with the team, the design and environment it creates has not only rejuvenated the team, but upholds our company mantra of “inspiring ideas to enhance the human experience.” We feel assured that great outcomes will be delivered by the team at i2C in this new studio space. 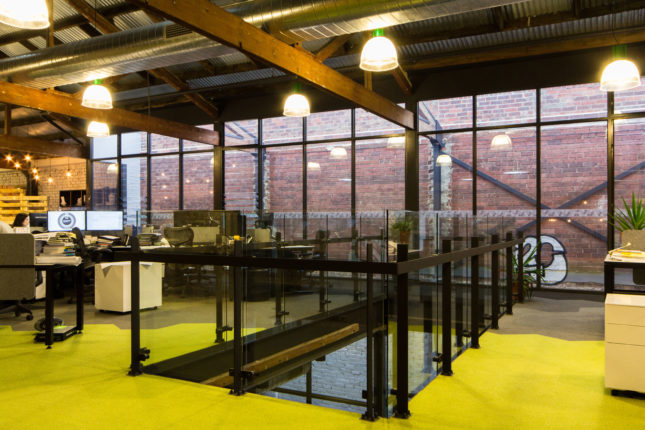 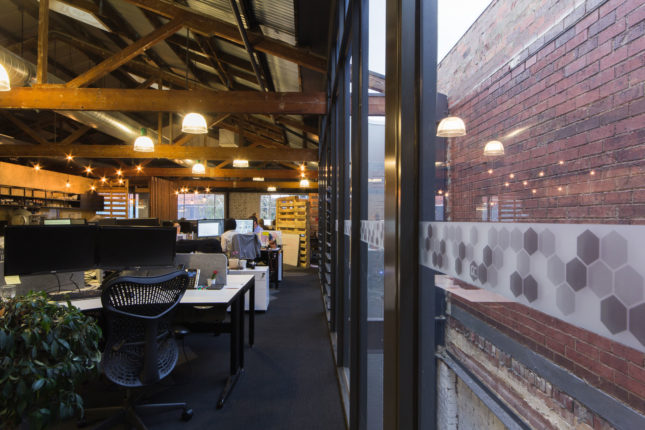 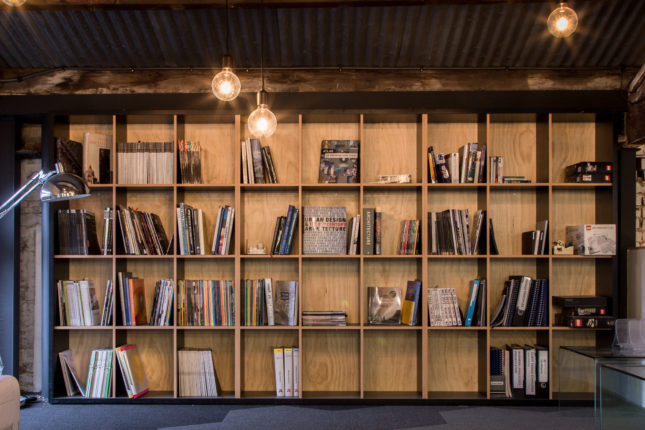 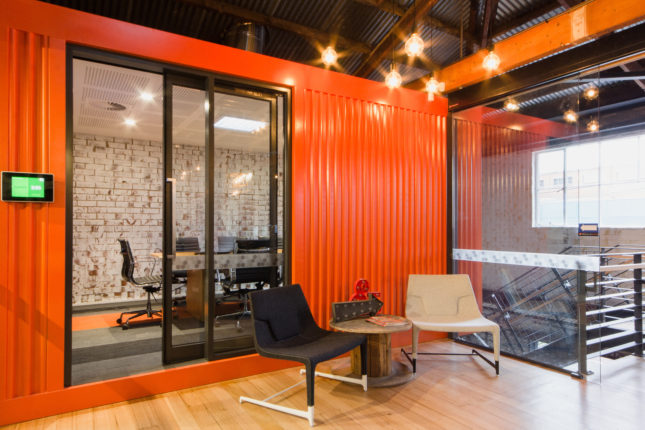 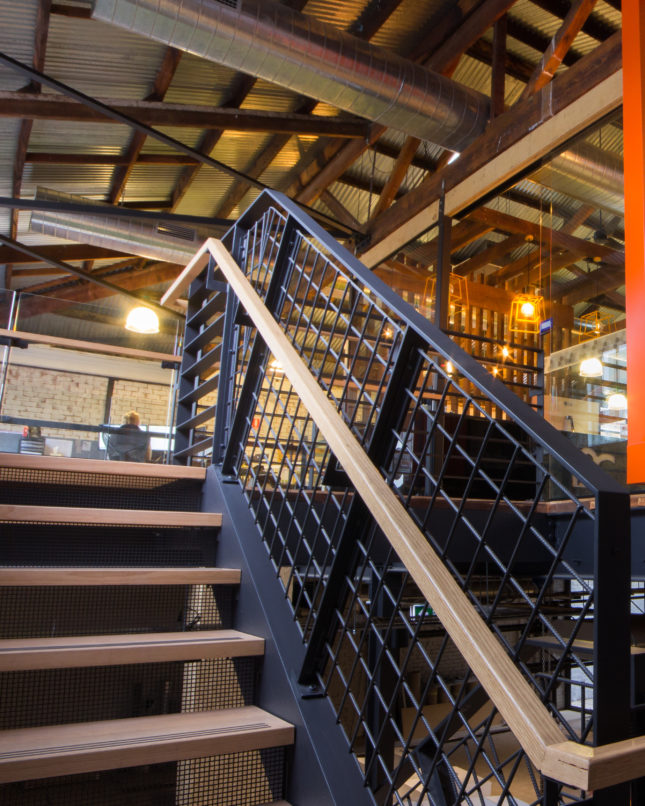 View Scotts profile here or email him to discuss your next project. 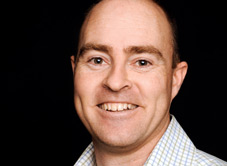