We are on the edge of significant innovation in transport innovation with driverless cars, drone deliveries, electric vehicles and response to climate emergency all likely to change the infrastructure of our cities. Agglomeration across our cities is increasingly seen as an economic necessity to compete in world markets and emerging technology seeks to reduce reliance on domestic air travel to provide more sustainable high speed travel between cities.

Ryder and Arup were selected as one of ten winners in the Hyperloop One Global Challenge, fending off competition from thousands of international entries. An ideas competition, the challenge called for compelling opportunities where practical application of the evolving technology could be explored. Our Northern Arc proposal – which would link Glasgow, Edinburgh, Newcastle, Leeds, Manchester and Liverpool – was one of 34 routes shortlisted. 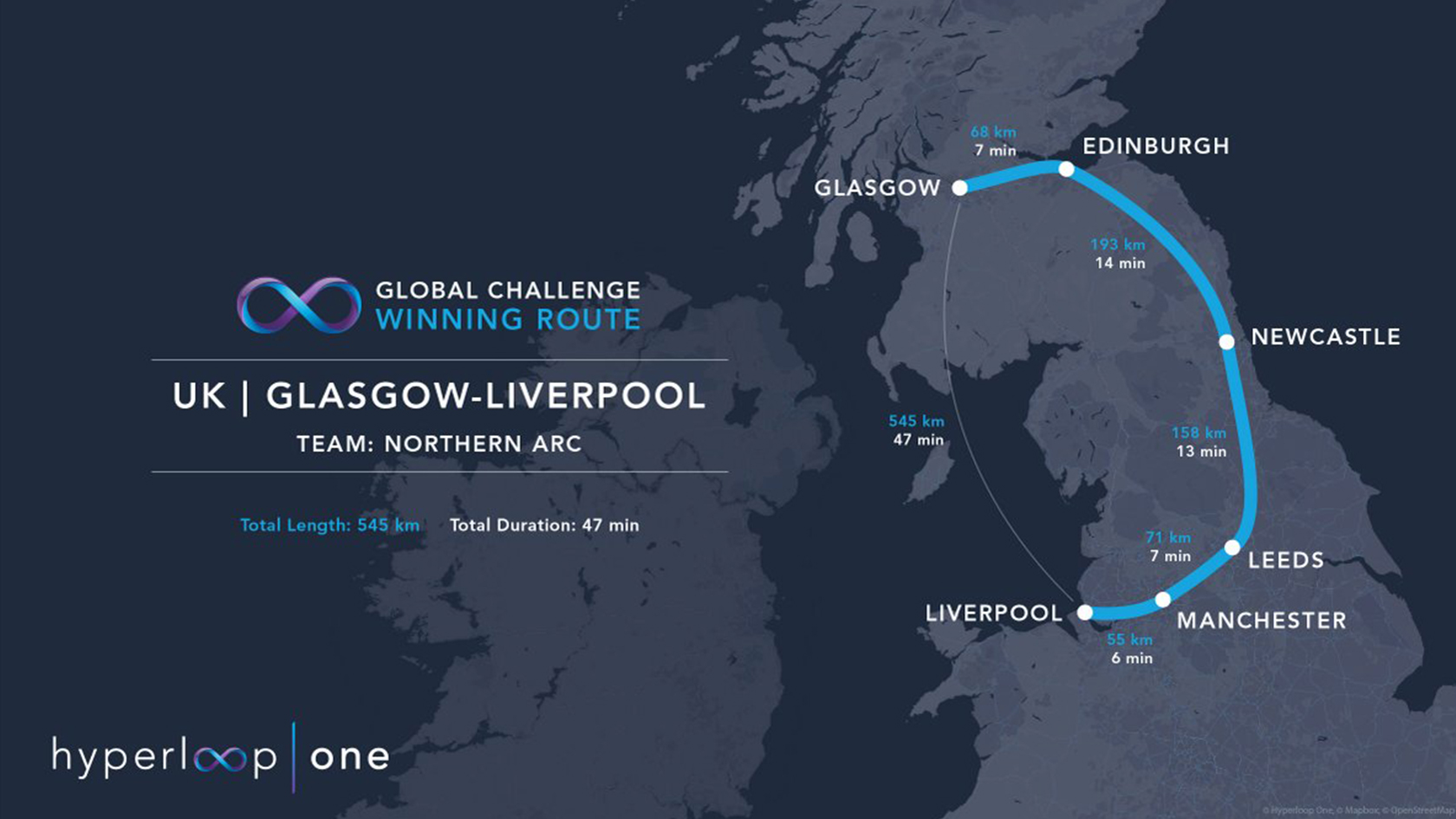 With Hyperloop, people or freight are transported in pods by accelerating gradually via electric propulsion through a near vacuum. The pod quickly lifts above the track using magnetic levitation and glides at airline speeds for long distances due to ultra low aerodynamic drag. It is designed for higher energy efficiency per passenger mile than traditional modes of transport, curbing emissions and fuel consumption. 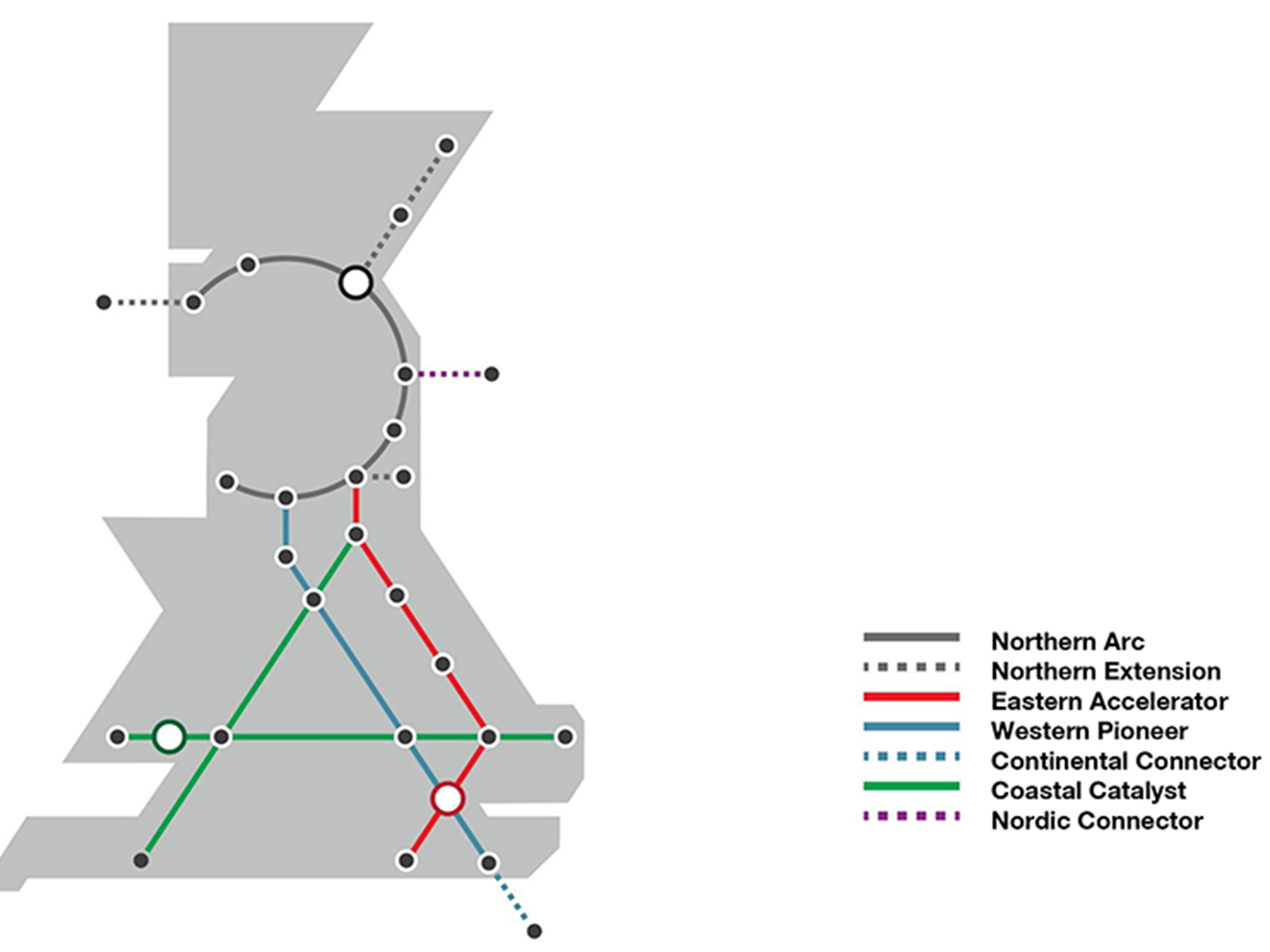 The Northern Arc route corridor presents an economic opportunity to expand the concept of the Northern Powerhouse to include the Scottish Central Belt. Linking major cities across the North of England and Scotland, the innovative technology has the potential to connect 10.4m people and would allow passengers to travel between all cities in a little over 45 minutes. This would create an integrated pan Northern City region, with a population in excess of 10 million people, that is able to compete on the world economic stage. It has the potential to unify the UK by bringing the country closer together. Bringing prosperity and increased productivity for many who currently are forced to move, spend time away from their loved one or spend too long commuting to and from work.

The Northern Arc team draws on international knowledge and expertise coupled with a deep understanding of geographic, historic, political and economic context to make this proposal realistic and achievable. The proposition continues to receive strong levels of support from government agencies along the route, private enterprise and research bodies as we progress the concept development.